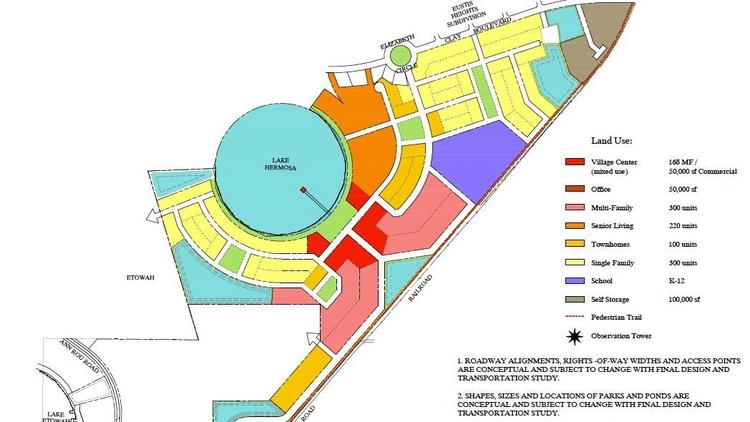 Avalon Park Group has filed plans in Tavares to build a smaller version of its Avalon Park community on the shores of Lake Hermosa, bringing a potential 1,000-plus homes and mixed-use community just outside Eustis. “We believe that we can repeat our success we had in Avalon Park in Orlando in Tavares,” Beat Kahli, president and CEO of Avalon Park Group, told GrowthSpotter on Monday.The plans for a 155-acre development near Florida Hospital Waterman show a true village-center community unlike anything else in central Lake County. Kahli said he plans to name it Avalon Park North.Compared to its pioneering namesake which carried a $1.5 billion investment cost, Avalon Park North in Tavares is projected to be a $230 million project, he said.

There is also space for a K-12 private or charter school, 100,000 square feet of self-storage and, important to Kahli’s desire to create communities where residents don’t have to travel for basic necessities and work, the Village Center includes 50,000 square feet of commercial space and 168 multi-family housing units.

“Most important, we would like to develop a small town in Tavares,” said Kahli, whose developments aim to create an environment so residents can work, live and play without travelling far. 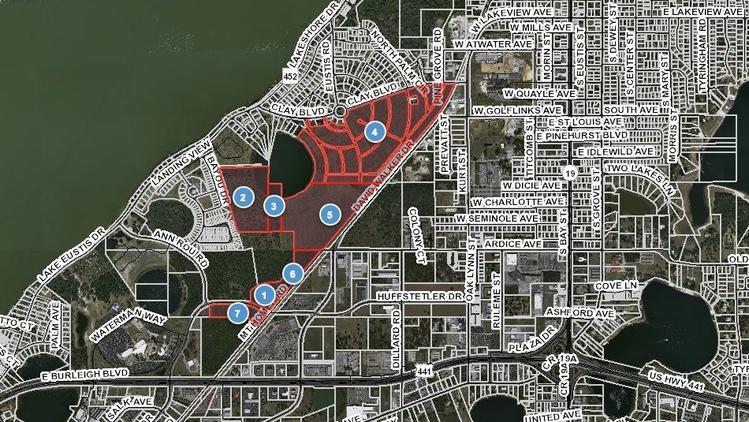 “Our claim to fame is that more than half of the people (who live in Avalon Park) don’t leave Avalon Park because they satisfy all their needs (there),” said Kahli. “Two thousand people work in Avalon Park.”

He said the Tavares site would become an additional downtown, in between Tavares’ up-and-coming Lake Dora lakefront downtown and Eustis’ downtown on Lake Eustis, which has 4.8 acres of vacant private land being promoted for mixed-use development by the city.

Avalon Park Group has owned the land, not far from Florida Hospital Waterman, in the name of subsidiary companies for more than a decade, Kahli said. Once there were plans to sell the land to a homebuilder, which pulled out of the deal just before the recession hit.

But now Kahli thinks Central Lake County is ready for his development. He called the area “energetic,” and said he views it much like East Orlando was 15 years ago.

The new exit spur coming to the S.R. 429 parkway will make it even quicker to move from the Orlando Metro area into the heart of Lake County, which was an accelerant to the decision to develop the land as well, Kahli said.

The master plan is still in the process of being refined, but Kahli said he is hoping to break ground this time in 2017, if not earlier.

The property is already zoned for the proposed uses. The master plan will go before the city’s Planning & Zoning Board on Sept. 15 to update the plans, and then could go before City Council on Oct. 19.