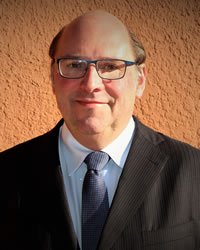 As Founder, President, and CEO of Avalon Park Group (APG), Beat Kahli leads an Executive Leadership Team focused on the mission to change the way the world lives, learns, works and plays. Under his leadership, APG drives the vision for creating sustainable communities under an umbrella of diverse companies, spanning multiple industries.

Mr. Kahli’s real estate investments include single family, multi-family, commercial, retail, office and industrial opportunities.  He has also expanded his operations into Europe by opening Avalon Park AG in Zurich, Switzerland, where Mr. Kahli serves as CEO of the publicly traded Swiss Company, sitEX Properties, AG.  Some of Mr. Kahli’s top projects include 2,000-acre Master Planned Developments in Orlando and Tampa, Florida.  Each of these projects includes a town center consisting of commercial, retail and office space surrounded by single family and multi-family units. Mr. Kahli’s Orlando based project was the number one selling development in the Orlando area for four years with a total value upon completion of $1.5 billion.  Mr. Kahli’s Tampa based project is similar in size and scope to Avalon Park and is anticipated to have a value upon completion of $1.1 billion.

Mr. Kahli also found success in the concrete industry, where, together with a partner, Mr. Kahli developed Prestige/AB Ready Mix, which became the largest independent concrete producer in the State of Florida before it was sold.  Other portfolio investments include, Avex Homes, Data Transfer Solutions, Pasco Mines, Encore Assisted Living and Memory Care Community, Avalon Park Home Health and additional ventures that continue the vision of the company.  With over 30 years of experience in the fields of real estate, investment banking and financial consulting, Mr. Kahli provides direction and guidance for all APG operations, including the development of strategic alliances and joint venture relationships.

Mr. Kahli earned his Business Degree from the Zurich Business School.  He resides in Winter Park, Florida with his wife Jill and their four children, Daniel, David, Alex and Anna. 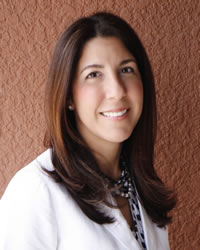 Marybel Defillo came to Avalon Park Group in the Spring of 2014, where she serves as Chief Financial Officer. Marybel comes to Avalon Park Group with over 15 years of public accounting experience mainly from top national firms. While working in public accounting, she mainly served companies in the construction, real estate, manufacturing and wholesale/distribution industries. 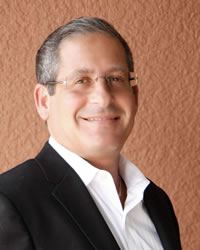 Ross received his Bachelor of Architecture from the University of Miami, and received his Masters in Architecture and Certificate in American Urbanism from the University of Virginia. Prior to joining The Avalon Park Group in 1999, Ross worked for Andres Duany and Elizabeth Plater-Zyberk, Dover, Kohl and Partners and Roger Fry Architects. In addition to Avalon Park, Ross has worked on other notable projects such as CityPlace- West Palm Beach, I’On – Mt. Pleasant, South Carolina, the Miami Lakes Town Center, and the plans for Downtown Ft. Pierce’s redevelopment.

Currently, Ross is the Senior Vice President for the Avalon Park Group and is responsible for the design, permitting, and implementation of both the horizontal and vertical development endeavors associated with The Avalon Park Group. 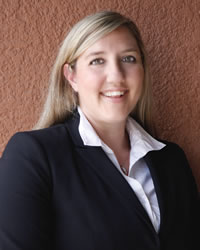 Stephanie Hodson Lerret came to Avalon Park Group in the Fall of 2003. She graduated from the University of Kansas with a degree in Political Science and Anthropology. Stephanie handles the planning and production of the marketing and special events for Avalon Park Group-owned entities. She is actively involved in the community by participating in organizations such as the Rotary Club and the East Orlando Chamber of Commerce. She also sits on various boards, such as the YMCA, Team Volusia, Volusia Association for Responsible Development, Pasco Economic Development Council and the Arthritis Foundation of Florida. 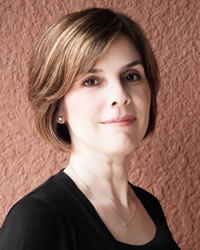 Mari Robles came to Avalon Park Group in 2009 as a property accountant.  With over 9 years of experience in human resources, she quickly accelerated to her role where she currently serves as Senior Vice President, overseeing all human resources for the Avalon Park Group of companies.  Her desire to create a positive and inviting employee experience for the entire team led her to apply for and receiving a $150,000 grant with AdventHealth (formerly Florida Hospital) to transform the company into one of the healthiest companies in Central Florida.  Her forward-thinking quickly extended that goal into the communities being built by Avalon Park Group, where the LiveWell brand was born and is being developed.  She continuously strives for the ultimate employee experience through listening, training and understanding the team. 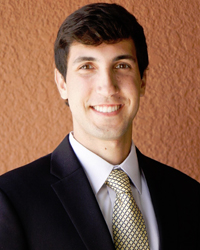 JJ Sofarelli joined Avalon Park Group as an Assistant Vice President in the Summer of 2015. Mr. Sofarelli works with senior management of the company to identify, contract and close real-estate related opportunities, in addition to managing the existing assets of Avalon Park Group, and manage investor, lender, and other stakeholder relationships.

“Avalon Park showcases a great example of new urbanism and brings together an incredible sense of community,” Sofarelli says. “Being a part of the team that helped define how communities are built is a great opportunity for me.”

“As we continue to expand our company, Sofarelli is the type of person who we are looking to bring on to the Avalon Park Group team,” says Beat Kahli, president & CEO, Avalon Park Group. “He’s a new generation of real estate professional who understand a community is more than just building homes.” 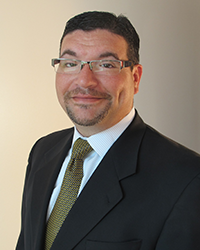 Originally from Lakeland and a true Florida native, Trey grew up in land planning and development.  From a young age, he worked in his family’s urban planning consulting practice for both public and private clients.  It was in those formative years that he developed a passion for land development.  He graduated with a bachelor’s degree from Washington and Lee University in Lexington, Virginia and earned post graduate certificates in Project Management and Executive Leadership from the University of Florida.   He is a member of the American Institute of Certified Planners (AICP) and a certified Project Management Professional (PMP).

Prior to joining the Avalon Park Group, Trey served as the Chief Operating Officer for another one of APG’s portfolio companies, responsible for the daily operations of the firm’s GIS-centric applications development, technology, transportation planning, infrastructure management, and engineering consulting.  He was a key member of the company’s C-level executive leadership team and helped grow the firm from fifteen employees when he joined to more than one hundred.  His experience spans more than 20 years in land planning/development, transportation planning, civil infrastructure management, program management and operations.

He has previously served on the Boards for Santa Fe Catholic High School in Lakeland and the Good Shepherd Catholic School in Orlando.  He was recognized by the Orlando Business Journal as one of the Top 40 under 40 and received the Orlando Sentinel’s Cutting Edge Award for the Top 100 Companies for Working Families.  Trey currently serves as a Senior Vice President and Project Director for the Avalon Park Group. 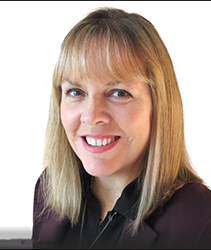 Cynthia joined Avalon Park Group in 2020 as our VP of Accounting. Prior to joining our team, she served as CFO of Data Transfer Solutions for 12 years. As part of the leadership team, she was an integral part of the growth of the company from under $5M to over $25M in annual revenue. As the CFO she managed the successful acquisition of DTS by SNC Lavalin in 2017. After the acquisition,  Cynthia served as the Federal Business Unit Controller for Atkins North America, an SNC Lavalin company. She has also worked as a Controller in the telecommunications and insurance industries for different companies. She has over 20 years of experience in accounting and finance, as well as management, human resources and general business administration. 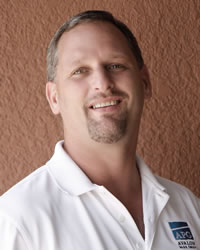 Matthew Wren came to the Avalon Park Group in November of 2011.  He graduated from Southern High School in Harwood Maryland and went  on to work at the Army Corps of Engineers building where he learned the ins and outs of building maintenance.  Matthew is now happily employed as Avalon Park Group’s Facility Manager and uses his wealth of gathered knowledge to help guide his maintenance team to be the best that they can be for the residents, commercial tenants and buildings in Downtown Avalon Park. 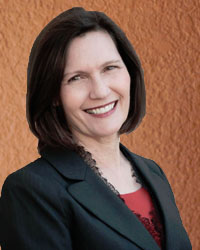 Kimberly Edwards is the Director of Health Care for Avalon Park Group.  In that role, she serves as the Executive Director for Encore Assisted Living and Memory Care.  Kim has devoted her entire career to the field of aging.  She started her career as a licensed nursing home administrator.  She is a passionate advocate for the elderly, and enjoys helping families and elders navigate the challenges of aging while supporting their vital lifestyles. She holds a Master’s Degree in Business Administration from the Florida Institute of Technology.  Kim finds great joy in combining her passion for business development and serving the older adult population. 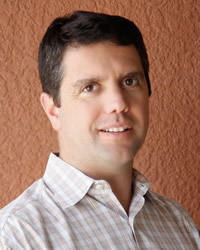 Eric Marks joined Avalon Park Group as Vice President in January 2005 and now holds the position of Senior Vice President and Chief Operating Officer. Before coming to Avalon, Mr. Marks was a shareholder at Akerman Senterfitt, a prestigious Florida law firm with over 400 attorneys. During his nearly eight year tenure with Akerman Senterfitt, Mr. Marks served as lead counsel to local developers and nation retailers in all manners of real estate and corporate transactions, including over $50 Million in commercial sale leaseback transactions and the creation of hotels and casinos. Mr. Marks has been active in the Orlando community, serving as Chairman of the City of Orlando Citizens Police Review Board, an Executive Board Member of Lighthouse Central Florida, and an advisory board member of Threshold, Inc., a non-profit organization helping autistic children. Mr. Marks earned a Bachelor of Science degree in Finance and a Juris Doctor from the University of Florida. 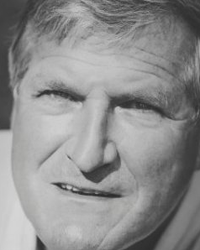 Richard Kunz heads Avalon Park Texas L.P. founded in 2008, a joint venture with Avalon Park Group, Orlando. Mr. Kunz is a Swiss national, lawyer by education, entrepreneur by passion. Avalonpark Texas L.P. invests in real estate ventures with a focus on niche products in the Central Texas area, but also invests in non-real estate related companies and ventures, thereby teaming up with other partners individually tailored for each project. “We are constantly looking for new investment opportunities in all kinds of business segments which sell products or provide services in niche markets. Our goal is to joint venture with partners who share the same entrepreneurial and long term views with Beat Kahli and me and who can bring complimentary skills and know how to the table to ensure the success of our projects.”